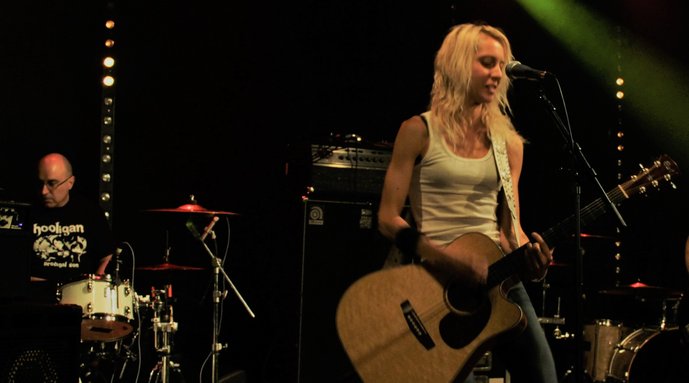 will be released 1 September 2021 for digital downlaod and streaming.
view press release

Interview on Memes not Dreams Podcast.

Check out this recent remix of 'Shut Up!'
by Blackout windows productions!

New song 'Dreaming of a Future'
watch on Youtube

"This fourth studio album by the Swedish is a charming piece with great songs..."

Monica and The Explosion is Monica Welander, an acoustic punk rock artist from Sweden.

Since the release of her debut album in 2007 she has been touring all around the world,

solo or with a band, and she has aroused great interest and repect for her dynamic live performances and her songs wherever she has been.

The sound is best described as ”jukebox punk” - acoustic rock n'roll with attitude.